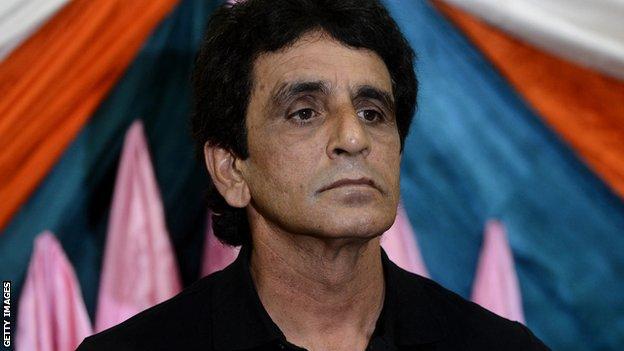 Pakistani umpire Asad Rauf has been charged by police in relation to the spot-fixing scandal in this year's Indian Premier League.

Rauf was removed from the Champions Trophy panel in May.

Meiyappan was arrested in the same month after he was questioned by police probing illegal betting on the Twenty20 league.

A Mumbai court will hear their case on 21 November.

They are two of 22 people who have been charged for gambling, cheating and fraud, the police said.

Rauf has officiated in 48 Tests and 98 one-day internationals.

Srinivasan has distanced himself from Meiyappan, saying: "It is up to him to defend his position, it has got nothing to do with me."