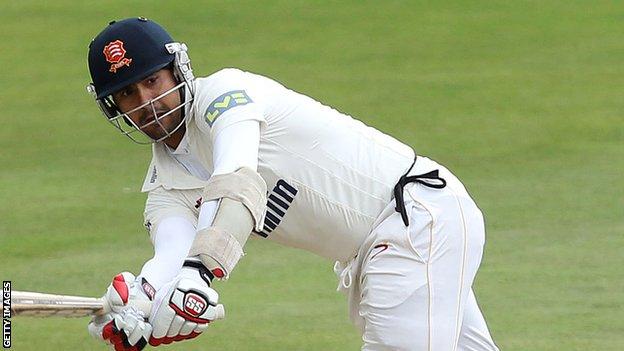 Essex batsman Owais Shah is to retire from four-day cricket to concentrate on his limited-overs commitments.

The 34-year-old, who played in six England Test matches, scored his 45th first-class century in last week's in what will be his last County Championship appearance.

"We're keen to sit down with him and discuss options for one-day cricket next year."

He spent 14 years at Middlesex before joining Essex in 2010 and has averaged 37.69 in County Championship matches for the Chelmsford side.

The right-hander, who played his last Test in 2009, is expected to focus on limited-overs competitions across the globe, including Twenty20 tournaments such as the Indian Premier League and Bangladesh Premier League.

But although he is out of contract with the county, Essex hope to keep hold of him for short-form cricket.