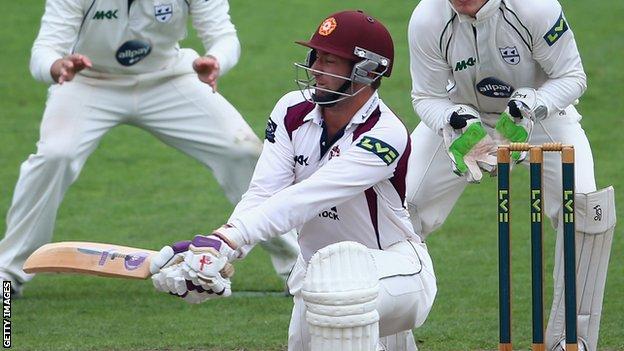 The Wantage Road side secured second place in Division Two on Wednesday.

"It's a very different club from when I walked through the door," Smith, who was appointed in December 2011, told BBC Radio Northampton.

"There's a different coach. A different environment. I never worried about what had happened in the past."

It means the final two days of Northants' fixture against Worcestershire will have no bearing on the make up of Division Two's top two.

It caps a marvellous year for Ripley's side, who claimed their first one-day trophy for 21 years by

"I saw us on finals day and if there was ever any doubt about whether we were going to bottle it, that's the kind of stage you'd do it," said Smith.

"We rose to the occasion so I'm not surprised."

And Smith heralded the influence of Australian seamer Trent Copeland on the campaign.

The 27-year-old, whose future for next year is undetermined, took 45 first-class wickets this season at an average of 18.26.

"There's no doubt Trent Copeland made a major contribution early in the season and getting the guys to believe we can win four-day games," said Smith.

"Once we started playing the brand of cricket we've been playing I always thought it was possible."