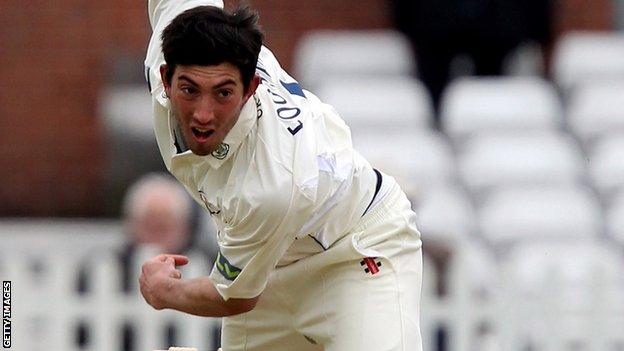 Derbyshire fast bowler Mark Footitt has signed a two-year contract which will keep him at the County Ground until the end of the 2015 season.

The 27-year-old left-armer has just had the best season of his career, taking 42 first-class wickets so far and 15 dismissals in limited-overs cricket.

"When on song, Mark adds something different to the bowling as he's left arm and consistently up around 90 mph."

Footitt, who joined in 2009, has a total of 91 first-class wickets at just over 31, with three five-wicket hauls.

Krikken added: "We're in it for the long haul and keeping our top performing players in the face of interest from other counties is a demonstration of our ambition."