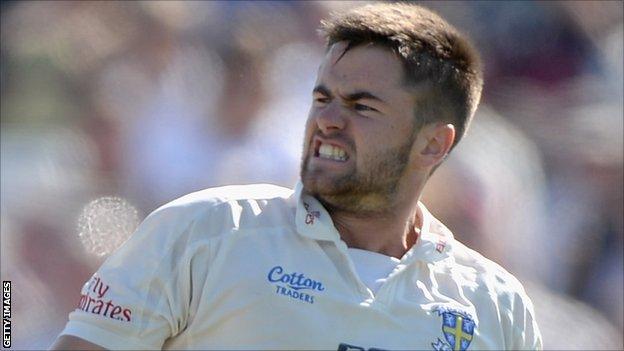 Durham pace bowler Jamie Harrison has extended his contract until the end of the 2015 season.

The 22-year-old contributed 14 wickets to the county's Championship-winning campaign, including a five-for in August's victory against Surrey.

"I am really happy to have extended my time at Durham," Lancashire-born Harrison said.

"It has been such a successful season for the club and has been a privilege to be part of this team."

In addition, the newly crowned champions have brought in both 22-year-old Ireland international Stuart Poynter, who has been with Warwickshire, and re-signed their former academy player Graham Clark, 20, from the MCC Young Cricketers scene for next season.