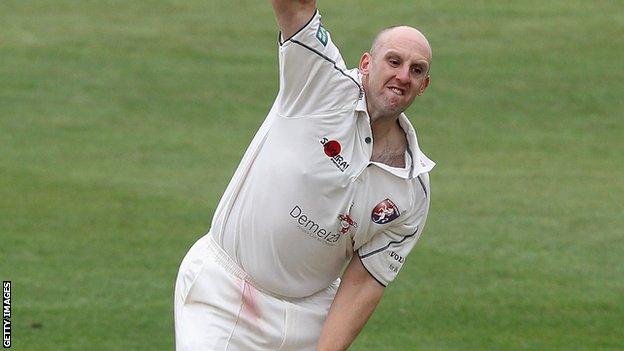 England spinner James Tredwell may be forced to resign as Kent captain to focus on his international career.

The 31-year-old only replaced long-time skipper Rob Key in November 2012.

But he missed some of the county season while playing in a one-day series with New Zealand and the Champions Trophy.

"Being away means I can't properly put my stamp on the team but, individually, I have to give playing for England the best chance so maybe someone new should take over," he told BBC Radio Kent.

"At some stage I'd like to lead the boys again but I really have found it very tough this season."

Tredwell, who was not named in the touring party for this winter's Ashes series, has played only one Test match, against Bangladesh in 2010.

Domestically he struggled this summer, taking only 17 wickets in 11 Championship matches as Kent finished seventh in Division Two.

"As much as I enjoy the job I don't think I do it justice," added Tredwell.

"This season I haven't performed as well as I would like. If I can combine playing for England and being Kent captain then great, but international cricket is where I want to be."