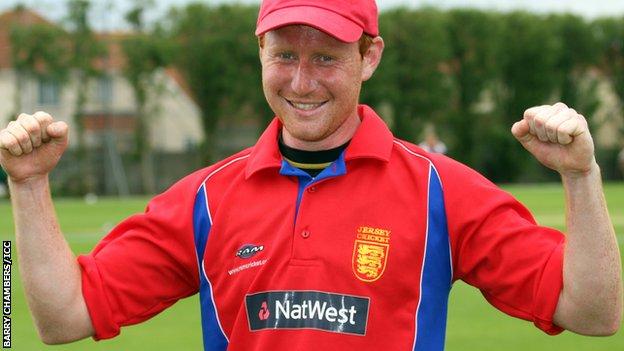 Andrew Dewhurst has been named Jersey's player and batsman of the year after helping the island reach Division Five of the ICC World Cricket League.

"At the beginning of the year you try to set some goals and one of mine was to try to win this," the 30-year-old told BBC Radio Jersey.

"Its been a massive season for Jersey cricket - it's been a great summer with a great bunch of guys."