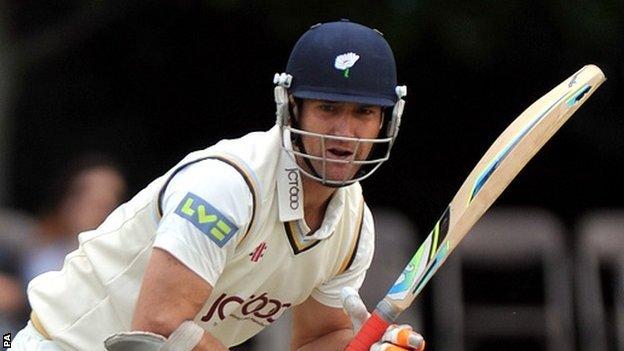 Yorkshire will not be renewing the contract of Australian opening batsman Phil Jaques.

The 34-year-old left-hander has now returned to his home country to pursue a coaching role in Sydney with club side Sutherland.

Jaques, who has had two spells at Headingley, rejoined the Tykes at the start of the 2012 season.

He scored 770 Championship runs at an average of 36.66 as Yorkshire finished second in this season's title race.

Yorkshire director of cricket Martyn Moxon said Jaques, who appeared in 11 Tests and six ODIs during his career but had played for the Tykes in 2012 on a UK passport, had played an important role on and off the field.

"One of the reasons we brought him back was to help with our young batsmen in particular. Phil talked about batting and passed on his experience, and the lads picked up bits here and there from him," he said.

"He talked to us about what he saw technically and whether things needed to change, and I think he fed off us as well with regards to his future career."

The Australian's links with the county will continue as Yorkshire second XI batsman Jack Leaning will join up with Jaques in Sydney next month and play for his club side.