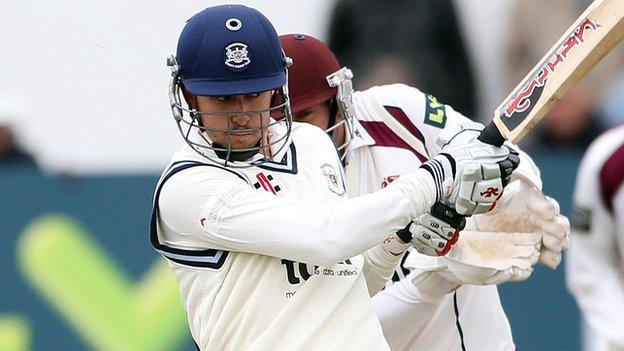 Suspended Gloucestershire bowler Jack Taylor will have shoulder surgery after a suffering an injury in practice.

Taylor, 21, has been out of action since May after being reported for illegal bowling actions on two separate occasions within a 12-month period.

He will now have an operation on the ligaments in his left shoulder before having his action tested again.

"Jack won't be out for long and will then return to bowling," said director of cricket John Bracewell.

"After that we will get his action tested as quickly as we possibly can.

"I think he was ready to pass the test before he dislocated his shoulder while fielding in the warm-up for a second XI game."

He spent the rest of the season batting in the team's second XI, making 375 runs.