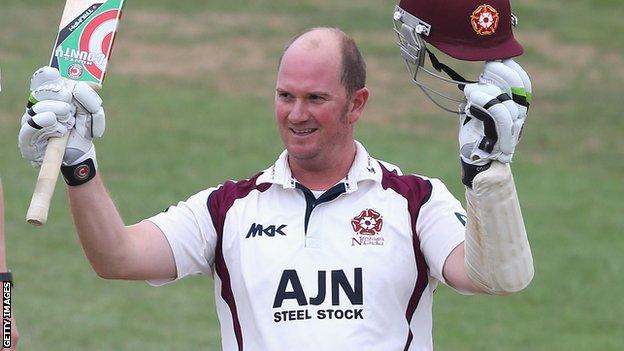 Sales, 35, averaged 45.95 and scored three centuries this year, including as Northants won promotion to County Championship Division One.

He will enter his 20th year at the club should he accept the extension.

De Lange, Evans, Sweeney and Davis did not play a first-class game in 2013.

"But players do get to an age when they need to be playing regular first XI cricket. We believe that Con, Sam, Christian and Luke are at this stage of their careers and had yet to claim regular first-team places."

The club have also said they are in discussions with a left-arm spinner, seam bowler and overseas bowler as they prepare for life in Division One.

because he has not played a Test match in the last 24 months.