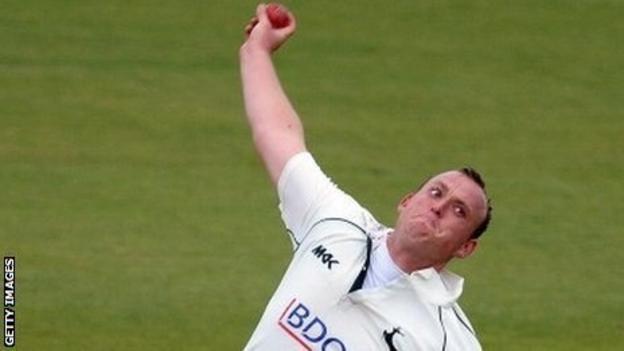 Nottinghamshire bowler Luke Fletcher has said he plans to improve his fitness over the winter so he can contribute more to one-day cricket.

The 25-year-old, from Bulwell, was a regular in the County Championship side this summer but played just two matches with the white ball.

He told BBC Radio Nottingham: "It's something that I am disappointed about.

"I'll be trying to get a lot fitter to play all forms and I think that's Mick's [Newell] issue with me as well."

The 6ft 6in seamer made his first-class debut for Nottinghamshire in 2008 and has taken more than 100 first-class wickets since then.

The club claimed their first Lord's one-day final win in 24 years beating Glamorgan by 87 runs in September in the YB 40 competition but Fletcher was not in the team.