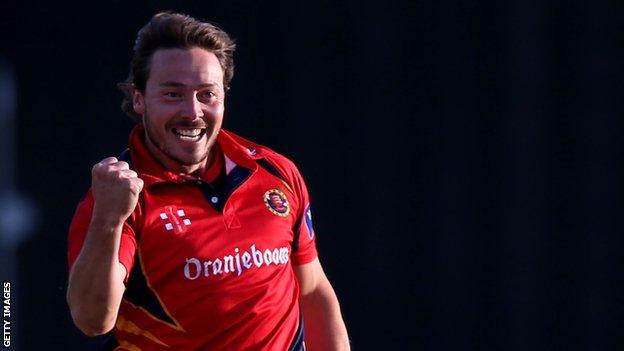 "To sign a new contract with Essex for the next two years is excellent and feels like a huge reward after the best season I have ever had in my career at the club," he said.

Colchester-born Napier achieved his most impressive figures to date in 2013, with his first-class run tally his highest ever, his average of 49.75 is his best for seven years and haul of 51 wickets the most he has ever taken.

Head coach Paul Grayson said: "I am very happy that Graham has signed a new contract, especially after the sensational season he experienced last year.

"The 2013 season showed how important Graham is to the team when fully fit and I'm sure he will continue to be a key member of the side for the next two years."