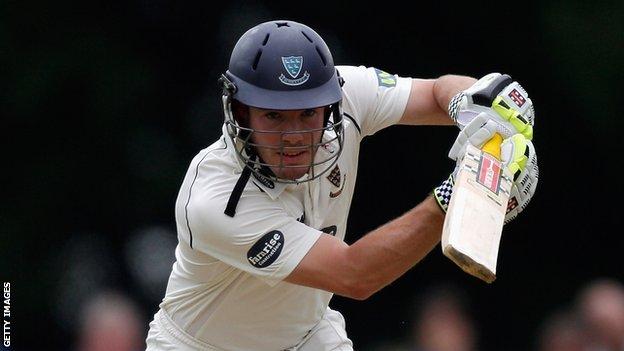 Gatting, 25, made his first-class debut in 2009 while former Warwickshire man Miller, 26, signed a one-year deal at Hove in April.

"It is always a sad time when we release any player but both are still young," Sussex cricket manager Mark Robinson said.

"We hope a change of environment will help them fulfil their potential."

The nephew of former England captain Mike, Gatting joined the Sussex academy aged 15 but only made his debut four years ago as he had a three-year spell at football club Brighton & Hove Albion, where he scored five goals in 52 appearances.

After switching back to cricket he made 35 first-class appearances, averaging 29.91, and played 43 List A and 52 Twenty20 matches.

Miller featured in all three formats for Sussex in 2013, playing three games in YB40 competition and featuring once in both the County Championship and the FLt20.

"Andy and Joe have been model professionals and we would like to thank them both for their hard work and commitment they have shown during their time here at the club," Robinson added.

"We wish them both all the best for the future."