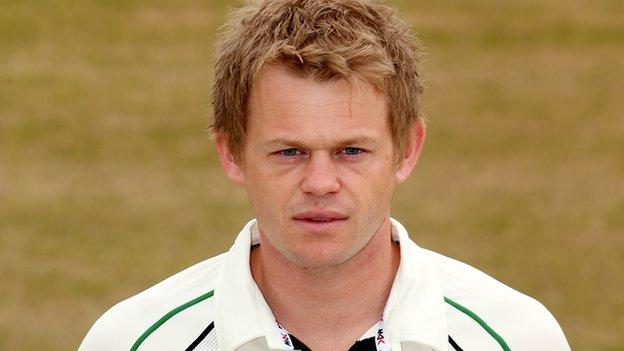 The Royal Air Force corporal took 17 wickets in six first-class appearances after making his debut against Oxford MCCU in May.

Cessford was recruited last November as part of an RAF Elite Athlete Programme.

"I thank the RAF for their support," he said. "I hope to use the winter months to get fitter and quicker."

Although used sparingly in his first season for the county, the 6ft 1ins Northumbrian has twice taken four wickets in an innings.

He claimed his first-class career-best 4-73 against Lancashire in August, as well as taking 4-24 in the 140-run YB40 victory over local rivals Warwickshire at Edgbaston.

And, having finished the season on crutches following a minor operation, he is looking for more opportunities in 2014.

"The minor surgery he has undertaken will have a positive effect on his performances," said coach Steve Rhodes.

"We are obviously pleased that Graeme has agreed to extend his stay at Worcestershire. We must also say thanks to the RAF for allowing Graeme to pursue his cricketing ambitions with the county."