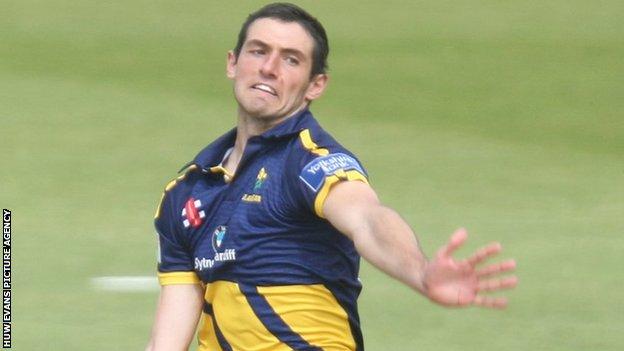 Glamorgan bowler Mike Reed has been selected to be part of the Potential England Performance Programme.

The 25-year-old seamer, who made his first-class debut in 2012, took 31 County Championship wickets this season at an average of 34.64.

Reed is one of five fast bowlers chosen for January's trip to South Africa.

They will undergo intensive strength and conditioning sessions ahead of three weeks in Potchefstroom doing concentrated bowling work.

England have also recognised the potential of Glamorgan Academy batsman Anuerin Donald, who has been chosen for the England Development Programme for 2013-14.

The 16-year-old from Pontarddulais Comprehensive School will be involved in training and development camps at the National Cricket Performance Centre in Loughborough over the winter months.

Donald will then attend a competitive training camp in Sri Lanka during the Easter holiday, with fixtures against the Sri Lanka Under-17 side.