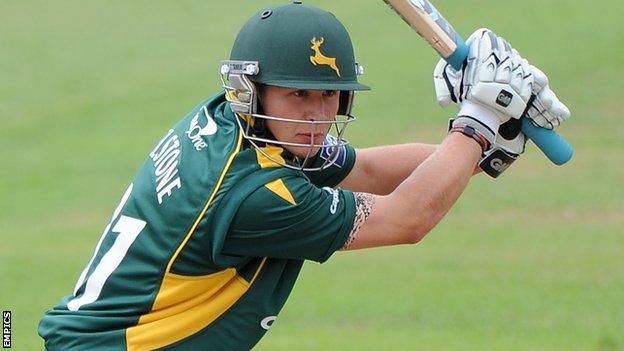 The 23-year-old played for the county's second XI this summer, scoring 872 runs at an average of 35.

"He looks a really good pro, he's got a lot of talent. I hope this is the start of a long Derbyshire career," said head coach Karl Krikken.

The club have yet to offer a new deal to batsman Ben Slater and have released seam bowler Alasdair Evans.

Elstone was released by Notts at the end of the 2012 season.

"We have to balance our budgets and we need to tweak the squad ahead of the new season; to do that we have to make some big calls," explained Krikken.

"One of those calls is that Ally will be leaving the club and - at present - we're not in a position to offer Ben a contract either."

Slater played 10 games in the County Championship this summer, but averaged only 19.71, while Scotland international Evans appeared only once.