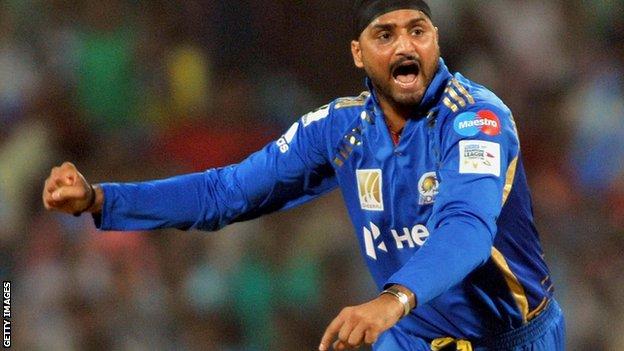 After Kusal Perera went early, Ajinkya Rahane (65) and Sanju Samson (60) put on 109 for the second wicket to give the Royals a chance in Delhi.

But Harbhajan (4-32) ended their hopes as three wickets fell in the 17th over and they were all out for 169.

Captain Rohit Sharma hit 33 off 14 balls for Mumbai as they scored 120 runs in their last eight overs to set a challenging target.

Samson and Rahane laid the platform for the Royals to need 48 runs from the last four overs.

But opener Rahane was one of three scalps for Harbhajan in the 17th over, which went for just four runs.