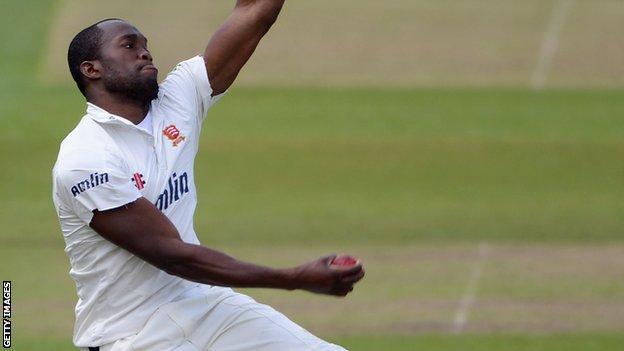 Chambers, 26, played just three first-class games for Essex in 2013, ending the summer on loan with injury-hit Warwickshire, for whom he took 14 wickets in four Championship matches.

Chambers did enough to be offered a permanent deal by Warwickshire.

But, once the Bears' injury problems are over, Chambers' chances in 2014 at Edgbaston might have proved limited.

"I hope to play my part in maintaining Division One status and winning more silverware at Northants," he said.

"I had a few options on where I could progress my career, but having spoken to [head coach] David Ripley and [chief executive] David Smith I felt this was the right place for me.

"I'd like to thank Essex for giving me a start and Warwickshire for recently giving me the opportunity to show that I have lots to offer."

Chambers has displayed potential throughout his career, winning a place in the England Lions squad in 2011. But he had fallen down the pecking order at Chelmsford, where his unfulfilled talent had

"He has enjoyed some great seasons at Essex but, for whatever reason, last season didn't work out for him.

"We believe he will respond well to a change of environment and continue to become a better bowler and get back into the England Lions mix."