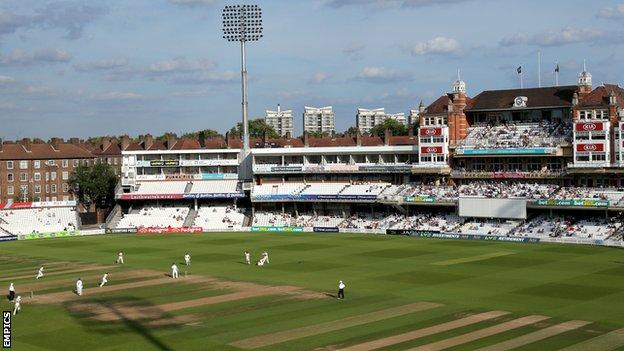 All-rounder Jewell, 22, who has made nine first-class appearances, has signed a full-time deal.

Second XI regular van den Bergh, a 21-year-old spinner, has been awarded a summer contract and will also continue his studies at Durham University.

Surrey's acting cricket director Alec Stewart told the club website: "Winslade has been offered his first professional contract on the potential he has shown while representing the Second XI and England Under-19s.

"He now has the opportunity to develop his all round game through hard work and good disciplines under the guidance of the coaching staff.

"Jewell has earned a new contract and will want to be pushing for regular inclusion in all forms of first team cricket next season.

"Van den Bergh will again be joining the staff after his studies at Durham University have finished and like Winslade, will be working hard to improve on all facets of his game."