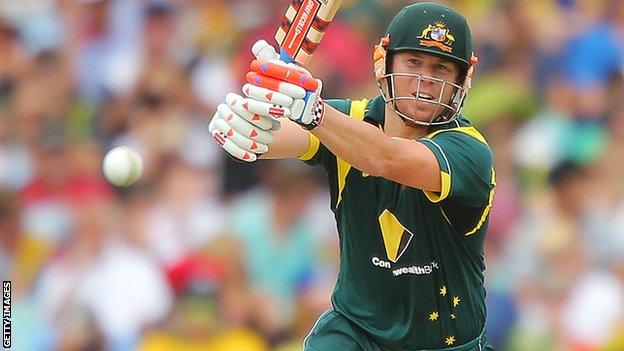 Warner, 26, was expected to play for Randwick Petersham against Northern Districts but withdrew, claiming a need to spend time on batting practice.

"A kid from the back blocks with a strong personality, Warner is outgoing, likes talking to people and always has an opinion.

"He is popular with his team-mates and respected in the dressing room. He has that lively and nocturnal side to his personality. But he is 26 now, and off the field he needs to change."

However, later that day he was pictured at Sydney's Randwick Racecourse.

"I believed I was doing the right thing by focusing on my training and batting, but I should have played," said Warner.

He would miss either a Sheffield Shield match or a one-day fixture for New South Wales if he commits another offence and it continues a controversial year for the Australian.

In June, he was banned from playing in a Champions Trophy match for Australia and two tour games after punching England batsman Joe Root in a Birmingham bar.

Warner has also recently struggled for form and only scored 138 runs, at an average of 23, during the Ashes, which England won 3-0.

He was then dropped for the one-day internationals against England and has been dismissed for scores of zero and four in his last two matches for New South Wales.

The first of five Tests in the return Ashes series in Australia begins in Brisbane on 21 November.