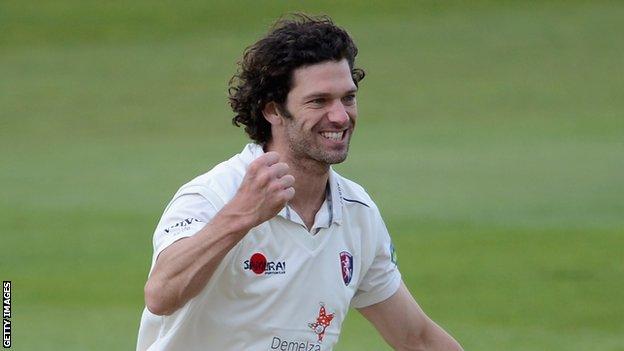 Kent have announced that seam bowler Charlie Shreck will not be offered a new contract.

The 35-year-old was the county's leading wicket-taker in the County Championship last season, taking 33 wickets at an average of 39.21.

Shreck moved to Canterbury before the start of the 2012 season following nine years with Nottinghamshire.

Meanwhile, batsman Alex Blake, who featured 10 times in the FLt20, has extended his contract with the club.

"This gives me a great opportunity to push on, and push for a first-team spot," Blake said. "I'm really pleased that the club have shown faith in me. I intend to repay that next season."

Shreck said he had enjoyed his two-year spell at the St Lawrence Ground.

"My two years playing for Kent have been a unique experience which I will not forget," he said.

"I'd like to thank the purists that made the effort to watch and support the longer form of the game."