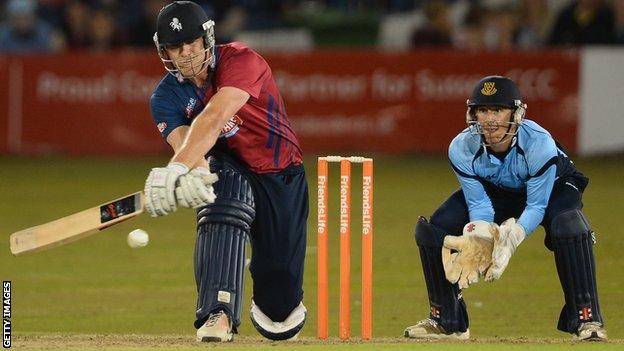 The 19-year-old from Eastbourne played in all three formats of cricket last season and made his Sussex first-class debut against Australia in July.

Jackson said: "I'm happy and very honoured to have signed a contract for the county I was born in.

"Sussex have a reputation for having produced a long line of wicketkeepers and that's another thing that makes it so special."

Sussex's professional cricket manager Mark Robinson added: "Callum showed at the back end of the season that he was comfortable in the first-team environment.

"He has a lot of hard work in front of him but, with a lot of determination, there is nothing to stop him having a long and successful career."