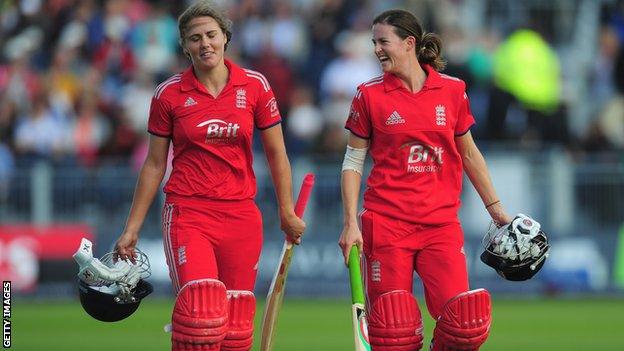 England will begin their winter tour programme against New Zealand in the early hours of Thursday morning.

The triangular series began on Monday as the hosts beat the White Ferns - who were bowled out for 81 - by 23 runs.

England are without several players who are recovering from injuries.

Opener Heather Knight, who was England's player of the series as they lifted the women's Ashes this summer, misses the Caribbean tour after tearing a hamstring in the final ODI against Australia - though she hopes to be fit for the return series down under, which begins in January.

It means there is an inexperienced look to England's 14-strong squad, which includes uncapped seam bowlers Beth Langston and Kate Cross, as well as three players who made their international debuts earlier this summer - all-rounder Natalie Sciver, batter Lauren Winfield and left-arm seamer Natasha Farrant.

West Indies have just beaten New Zealand 2-1 in a one-day series which finished on Thursday.

An improving Windies side were losing finalists at the Women's World Cup in February, when England beat the Kiwis in the third/fourth place play-off.

All the matches in this series are day/night, starting at midnight UK time - for instance, England's first game, taking place on Wednesday in Barbados, starts at 00:00 BST on Thursday.