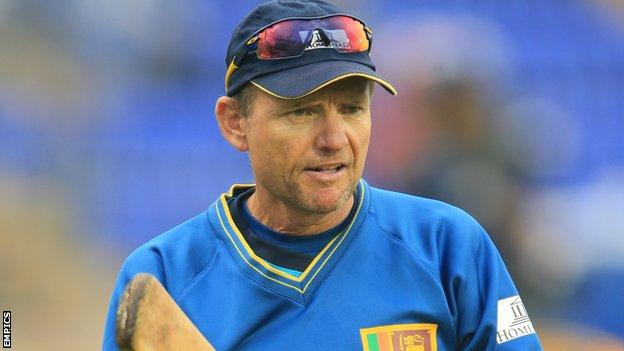 Surrey have appointed South African Graham Ford as their new head coach on a three-year deal.

The 52-year-old will start work at his new club in February when his contract with the Sri Lanka national team comes to an end.

"I have, for a long while, been an admirer of Surrey and see it as a great privilege to be actively involved in such a fine club," he said.

"I am delighted to once again be involved in English cricketing system. I look forward to the exciting times ahead."

Surrey have been without a head coach since they parted company with team director Chris Adams and first-team coach Ian Salisbury in June.

Executive director Alec Stewart had been overseeing first-team affairs, with bowling coach Stuart Barnes working with the side on a day-to-day basis.

Surrey were relegated to Division Two of the County Championship this year after a campaign which new captain Graeme Smith missed the vast majority of through injury.

Surrey should feel very, very lucky that we have got someone of his calibre

Stewart will continue serving on the club board with the new title of director of cricket.

"He has worked at international level and domestic level over here. People at Kent have spoken in glowing terms about him.

"He is definitely the right man, so Surrey should feel very, very lucky that we have got someone of his calibre.

"His work ethic is great and he has an idea of what he wants to do and the direction he wants the club to go in."