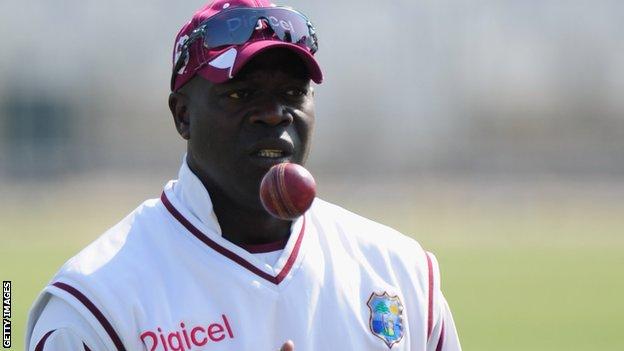 The Welsh side are looking for a new head coach after director of elite performance Matthew Mott announced he was leaving.

Gibson, 44, spent two seasons at Glamorgan and is a former team-mate of the county's new chief Hugh Morris.

Glamorgan will hold the final round of interviews for the position on Tuesday.

Gibson, who won two Test caps for the West Indies, played for Glamorgan between 1994 and 1996. The all-rounder struck 10 half-centuries and claimed 80 wickets in 29 first-class matches.

As well as Gibson, former Glamorgan and England bowlers Robert Croft and Steve Watkin, currently on the coaching staff at the Swalec Stadium, have both applied for the position.

Derbyshire batting coach David Houghton is also believed to be in the frame.

But ex-Surrey head coach Chris Adams has not been interviewed despite applying for the job, BBC Wales Sport understands.