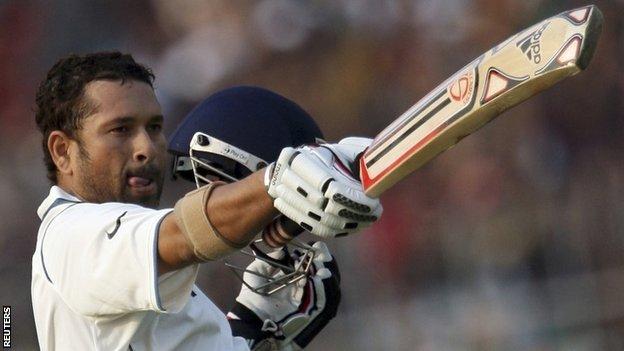 India legend Sachin Tendulkar has got his wish to play his 200th and final Test at his home ground in Mumbai.

The 40-year-old former captain announced his decision to retire from all forms of cricket last week.

He only made one international appearance in the shortest form of the game, scoring 12 from 15 balls against South Africa in December 2006

The Wankhede Stadium, where he made his first class debut in 1988, will host the second match of the two-Test series against West Indies from 14 November.

His mother, who has never seen her son play an international match during his 24-year career, is expected to attend.

He made his international debut aged 16 in November 1989 and last year became the only batsman in the history of the game to score 100 international centuries.

The Board of Control for Cricket in India (BCCI) squeezed the home series into the schedule to allow Tendulkar to retire in front of his home fans.

The first time Tendulkar played at the Wankhede, he became, at the age of 15, the youngest Indian to score a century on his first-class debut.

In his last Test against the West Indies at the ground, Ravi Rampaul denied him a century by dismissing him for 94.

Eden Gardens in Kolkata will host the opening match of the series from 6-10 November.