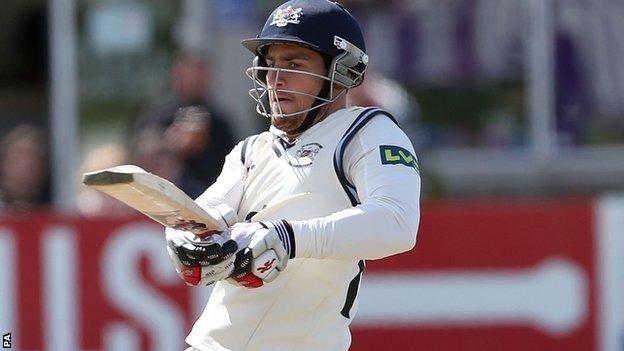 Gloucestershire all-rounder Benny Howell has signed a contract extension to keep him at Nevil Road until the end of the 2015 campaign.

The 25-year-old former Hampshire player has spent the last two seasons with the Bristol-based club.

He played in all 16 Division Two games this year and was also a regular in the one-day squad.

"It looks to be a promising two years ahead," Bordeaux-born Howell told the club website.

"With Michael Klinger back captaining again next season, we have a strong squad in all forms of the game and I look forward to helping to bring some trophies to the club."

Howell averaged 31 with the bat in the Championship and took 28 wickets, and also scored 340 runs and claimed 20 wickets in one-day cricket.