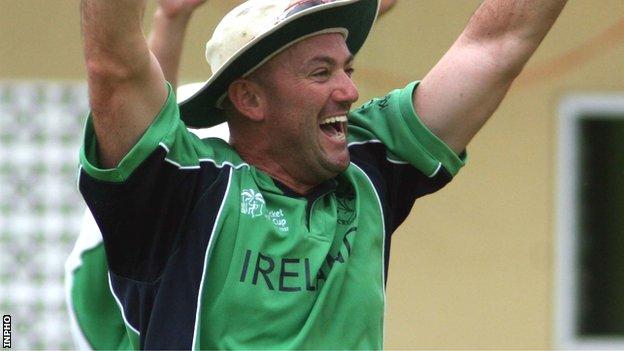 Jeremy Bray will leave his post as Ireland women's coach at the end of his current contract in December.

The 39-year-old former Ireland batsman is eager to explore new coaching avenues following two seasons at the helm of the women's team.

"I've really enjoyed it but it's time for a new challenge," said Bray.

Under his leadership, Ireland won promotion in the County Championship in 2012 and qualified for the 2014 ICC World Twenty20.

Bray added: "It's been a part-time consultancy role and I've reached the stage in my career where I'm looking for something more permanent.

"There's been a real injection of youth into the squad over the past few years, and the future is bright as far as the women's game is concerned."