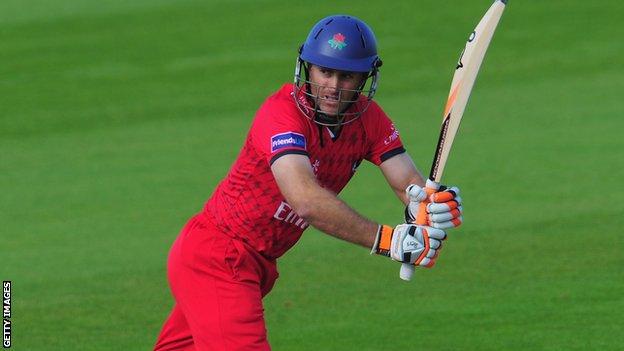 Lancashire director of cricket Mike Watkinson says they will be patient in the search for an overseas player, with a return for Simon Katich an option.

"We've enjoyed having Simon this season and he did extremely well," he said.

"He needs to reflect on what he wants to do and we also need to take stock and look at our requirements."

We don't see as much of him as we've obviously like, but we're delighted his international career has got to where it has done and it's great he keeps the association with us

The 38-year-old left-handed batsman has played for Derbyshire, Durham, Yorkshire and Hampshire during his time in England, as well as appearing in 56 Tests for Australia in his career.

"I would expect us to bring in an overseas player for next season, but we don't have to rush into that," Watkinson told BBC Radio Lancashire.

"He's somebody who is remarkably talented and I've seen he's been knocking up runs for Western Australia, so he's still got some life in him.

"If there are any options that are better than Simon, they're going to have to be pretty good players."

Watkinson also reflected on the news that England and Lancashire fast bowler James Anderson has extended his stay Old Trafford until 2015.

"We don't see as much of him as we'd obviously like, but we're delighted his international career has got to where it has done and it's great he keeps the association with us for the next couple of years," he added.

"It gives a lot of credibility on what we're about, trying to develop home grown players to go onto playing winning cricket for Lancashire and England.

"There's no better example than an Ashes Test at Old Trafford and Jimmy is running in bowling the first ball of the match, which is inspiring for young cricketers."