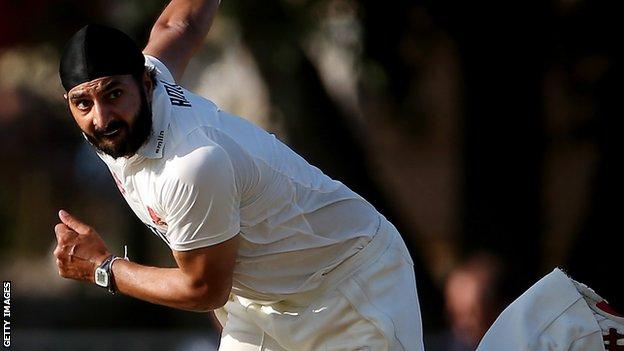 Essex will try to sign Monty Panesar but head coach Paul Grayson has said at least two other clubs are interested in the England spinner.

The 31-year-old finished last season at Chelmsford - on loan from Sussex - and is in England's winter Ashes squad.

"We feel like he is a match winner," Grayson told BBC Essex.

"We feel it is a good opportunity to chat to him, but we are aware there are a couple of other clubs who would like to speak to him as well."

Panesar left Sussex for Essex when he was the subject of an internal club investigation after being fined by police for urinating on nightclub bouncers.

He went on to take 14 County Championship wickets in six matches as Essex narrowly missed out on promotion from Division Two.

And Grayson does not believe playing in the second tier will damage Panesar's chances of keeping his place in Andy Flower's England squad.

"He wants an environment where he will play lots of cricket. He's spoken to Andy Flower, who says it doesn't matter if he's playing in Division One or Two as long as he is taking wickets," he said.

"But if it came down to a bidding war, I feel one or two of the clubs might have too much money for us.

"If it's cricket that he wants, that's something we can provide for him."