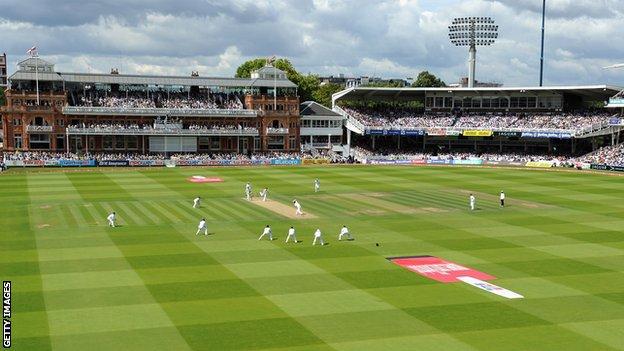 Downton, 56, replaces Hugh Morris, who quit to take up the dual role of chief executive and managing director at County Championship side Glamorgan.

Ex-England captains Andrew Strauss and Nasser Hussain were linked to the job.

"I am honoured to have been offered this position and the trust which the ECB has placed in me," said Downton, who starts his new job on 1 February.

"I am excited by the challenge of building on the success which England teams have enjoyed at all levels in recent years."

The ex-Kent and Middlesex player also played in six County Championship-winning teams. He was forced to retire from the game after a bail struck him in the eye during a Sunday League match.

Since retiring in 1991, he has been an active member of Middlesex, ECB Cricket and MCC committees and pursued a law career in the City.

ECB chief executive David Collier said Downton's experience in cricket and business made him "the outstanding candidate" to replace Morris, who announced he was leaving the role last month and had said Strauss, 36, would do a "great job" if named as his successor.

"His background in law when coupled with his experience in the City provides the unique set of skills which is required to lead and manage the England Cricket Department's £100m budget over the next four years."

The ECB said Miller, 61, announced his intention to step down from his role during the summer's Ashes win against Australia. He joined the England selection panel in 2000, before replacing David Graveney as chairman of selectors eight years later.

Former England and Leicestershire batsman Whitaker, 51, replaces Miller after being part of the selection panel for the past eight years.