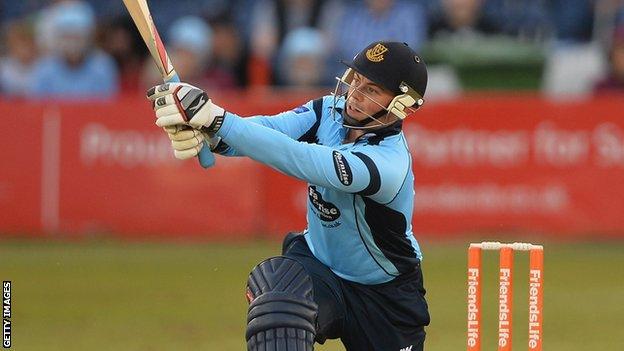 The 22-year-old Brighton-born left-hander came through the club's academy and scored his maiden first-class century this season.

"After having a breakthrough season this year, there was only one place I could see me playing my cricket over the next couple of years," he said.

"I'd like to thank everyone who has helped me to get to where I am now."

He added: "I will continue to work hard to achieve my current and future goals."

Machan featured four times for Sussex in the County Championship last season and topped the averages for the Hove-based club in both one-day competitions.

Machan qualifies for Scotland through his parents and he made both his one-day and Twenty20 international debuts in 2013.

He hit his maiden ODI century in June when he scored 114 in the match against Kenya in Aberdeen.

Sussex cricket manager Mark Robinson said: "Matt had an outstanding year in all forms of the game.

"We are all excited about the prospect of him building on his successes of last season."