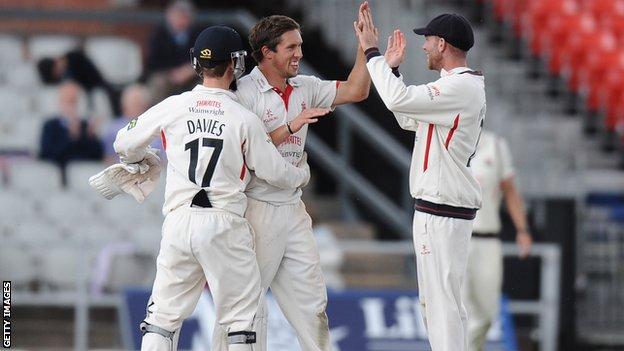 He is among 15 to sign new deals along with captain Glen Chapple, Tom Smith, Karl Brown, Paul Horton and Kyle Hogg.

Lancashire cricket director Mike Watkinson said in September that the club were committed to keeping a "Lancashire core" to their team next season.

"It's great that all 15 players, except Andrea, are products of our system," said Watkinson.

"That is a great endorsement of the strength and effectiveness of the cricket played across the county."

Brown, Hogg, Parry, Horton, Reece and Smith have all committed for a further two seasons, while Chapple, who will be 40 at the start of next season, has signed a one-year deal.

The deals follow the signing of England one-day wicketkeeper Jos Buttler from Somerset.