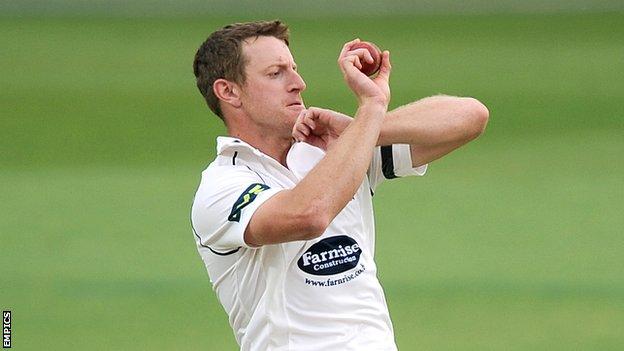 Sussex seam bowler James Anyon has signed a new two-year contract and will remain at the Hove-based club until the end of the 2015 season.

The 30-year-old took 50 wickets in the County Championship last season at an average of 28.64.

Anyon joined Sussex ahead for the 2010 campaign and has taken 178 first-class wickets for the county.

James Anyon has been a consistent performer for Sussex in the County Championship since joining in 2010.

"I'm delighted to have signed for another two years as I'm really happy playing my cricket down here," he said.

Anyon's best bowling figures in 2013 came in the victory over champions Durham at Hove, in which he took 5-44 in the first innings.

"On a personal note I was pleased how the season went and hopefully I can help us to finish a couple of places higher in the Championship next season," the Lancaster-born paceman added.

"We've got a really good squad together and I believe we're capable of winning trophies."

Sussex cricket manager Mark Robinson said he was delighted that Anyon had extended his stay with the club.

"He had a very good year last year and is a top professional who has the potential to get better with every year," Robinson said.