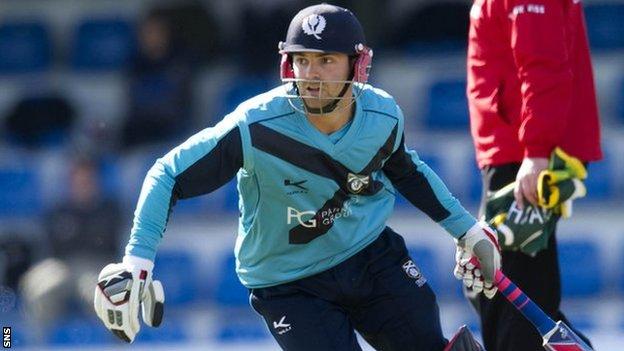 Mommsen, who has a pelvis injury, will be replaced with middle-order batsman Craig Wallace, who was a member of the last T20 qualifying campaign in 2012.

Scotland coach Peter Steindl said: "It's a disappointment to lose a player of Preston's calibre.

All matches will be played in the United Arab Emirates.

"Not only has he been a consistent performer for Scotland in recent times but he has been one of our leaders."

However, Steindl backed Wallace to be a good replacement.

"He has worked hard over the last 12 months and has improved as a batsman," said the coach. "He is a good fit to replace Preston."

Scotland's players will depart for a 12 day pre-tournament tour of Sri Lanka on Sunday before taking on the United States and Namibia in two warm-up fixtures in the UAE on 12-14 November.

They will then begin their quest to reach the 2014 World Twenty20, opening their Group B fixtures against Bermuda on 15 November.