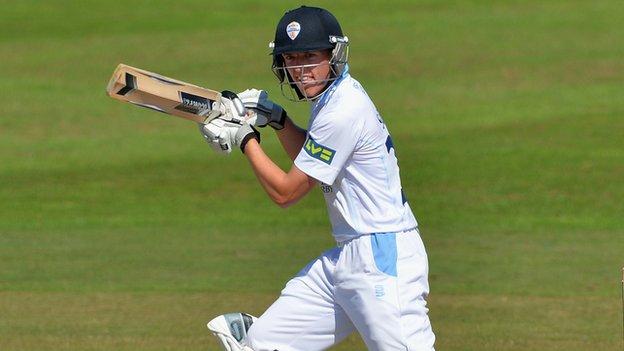 Slater, 21, appeared unlikely to be kept on a month ago, but a meeting of the county's supervisory board has freed sufficient funds in the budget.

"We're now in a position to offer him a deal." said coach Karl Krikken.

"We're looking forward to seeing how all three perform and develop."

Slater made 335 County Championship runs in 10 matches at an average of 19.71, as Derbyshire, promoted in 2012, were relegated straight back to Division Two.

Fellow academy products Cork, 19, and Marsden, 20, were regulars in Derbyshire's second XI in 2013.