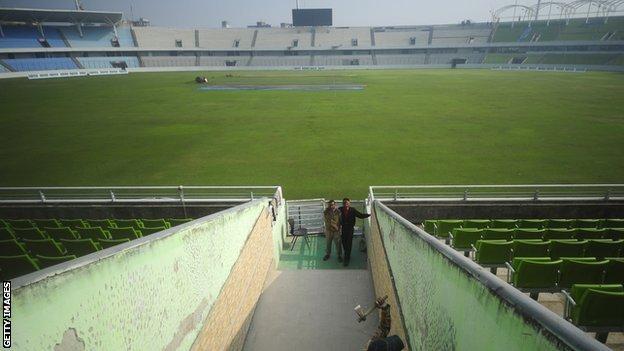 The International Cricket Council has handed Bangladesh an extension until 30 November to complete work on stadiums for next year's ICC World Twenty20.

It had been widely reported that concerns over facilities might cause the tournament to be moved to another country, such as South Africa.

But the ICC board has now approved a request to extend the deadline.

The full schedule for the event, due to take place between 16 March and 6 April 2014, will be released on 27 October.

The news follows an inspection report by the ICC's venue consultant.

The two-day ICC board meeting in London also discussed banned Pakistan pace bowler Mohammad Amir's plea to resume his career in domestic cricket - opting to review the matter in due course once its revised anti-corruption code has been adopted.

Amir, 21, was jailed for six months and banned from cricket for five years for his part in a spot-fixing betting scam in England in 2010.

The board also approved the schedule of next year's Under-19 World Cup, to be held in the United Arab Emirates in February and March; approved a recommendation to increase assistance given to Afghanistan by $1.1m (£680,461); and agreed that an ICC chairman will be appointed after next year's annual conference.