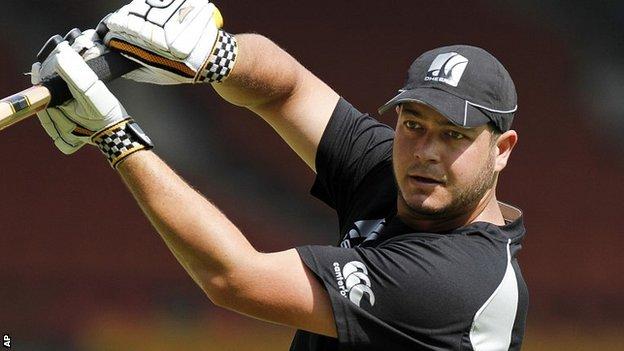 New Zealand batsman Jesse Ryder will return to first-class cricket next week following his recovery from a serious assault and a six-month doping ban.

Ryder, 29, was left in a medically induced coma after being attacked as he left a Christchurch bar in March.

While recovering he was told he had tested positive for two banned stimulants and given a six-month ban.

Ryder, who has played 18 Tests and 39 one-dayers for New Zealand, will play for Otago against Wellington.

When celebrating an unbeaten 79 in only his second one-day international Ryder cut his hand when trying to gain entry to a toilet in a Christchurch bar, an injury that required surgery.

"After this year, you could probably say that I've been through the worst things you could go through, for my career at least anyway," said Ryder.

"I wouldn't look at it like I've been given a second chance at life. I'm just lucky, I guess."

Ryder, who has not played for his country since February 2012, is targeting an international recall.

"My main goal is to play for New Zealand again," he said. "All going well, I'd like to push for the West Indies tour [in December].

"But, definitely, the main aim is to try and earn a call-up in time for that Indian tour [in January] if they don't pick me for the West Indies tour."