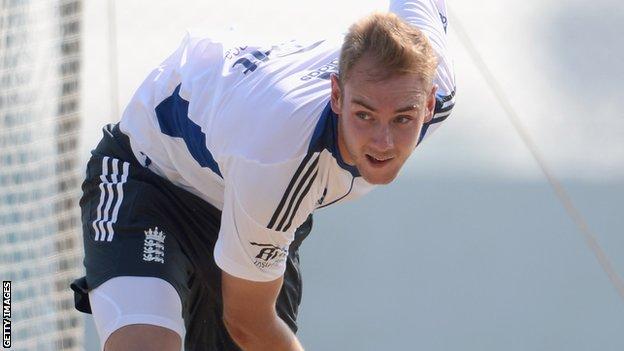 Under a new central contract deal between the England and Wales Cricket Board and the Professional Cricketers' Association, international matches could be staged later in the season to avoid clashing with the lucrative IPL.

"The experience of playing in the IPL and learning from some fantastic players can only really help England win Twenty20 games" said Broad, 27.

England players in the IPL

A handful of England players have earned deals in the IPL, notably Kevin Pietersen, but their limited availability has been a stumbling block in the past.

The ECB have already shifted the first Tests of the 2014 season, against Sri Lanka, from May to June.

Broad, who has signed a three-year extension to his contract with county side Nottinghamshire, added: "Some of our players would benefit from the experience of playing with different players and playing in India, with the experience of the crowds and the pressure that comes with the IPL.

"There is also the consistent playing. You play every three days, you've got opportunities to win games for your team.

"You'll have days when you've got a really bad day and have got to pick yourself up for two days. Those sorts of cricketing experiences would be very valuable for England players."

Broad was signed by the Kings XI Punjab for the 2011 and 2012 tournaments but withdrew on both occasions because of injury.