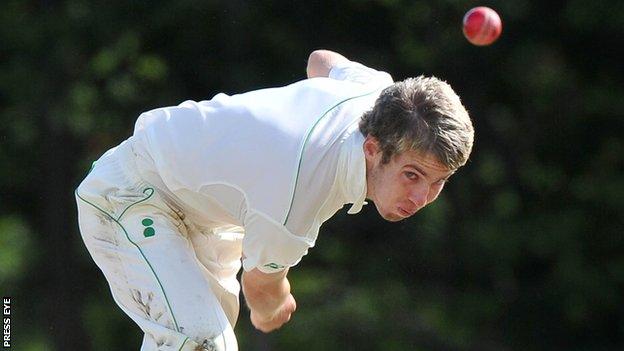 McCarter's stint Down Under is being funded by Cricket Ireland.

"We have worked with Graeme's coaches at Gloucestershire CCC and determined the right programme for him," said Richard Holdsworth, Cricket Ireland Performance Director.

"We all feel that a winter away working with Craig will progress Graeme and help him towards reaching his goal of a place in the 2015 World Cup.

"With Trent Johnston retiring and Boyd Rankin now with England, it is critical we develop our most promising young fast bowlers with a world-class programme.

"Working with Craig who is also coaching Australia's Test bowlers and some tough club cricket in Brisbane is an important part of our succession planning."

McDermott, who will be part of backroom team of Australia coach Darren Lehmann for the upcoming Ashes series, says the time down under will be a "fantastic opportunity for three of Ireland's next generation of pace bowlers"

"The intention is to send Graeme and the others home a lot tougher, fitter and more skilled," said McDermott.

"There is of course the added benefit of getting valuable exposure and experience of Antipodean conditions, which will hopefully ensure plenty of competition in the Irish fast bowling ranks ahead of the 2015 World Cup."

"The World Cup in 2015 has to be my aim at this point and I'm convinced that this experience could be a big help on that front," added McCarter.

"It will certainly be a test to go straight into an Australian season in the next couple of weeks and then back into another domestic summer next April again but it is a challenge I need to be ready for."