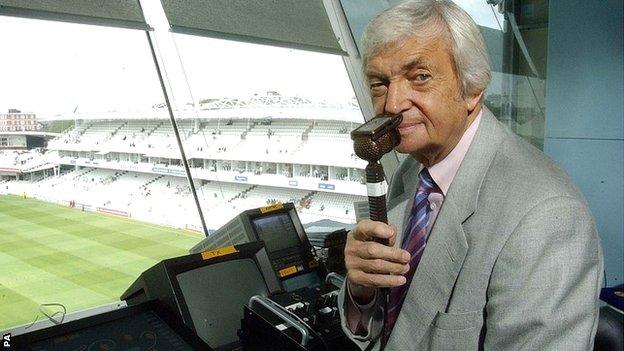 Legendary commentator Richie Benaud is recovering in hospital after the car he was driving hit a brick wall in Sydney.

The 83-year-old former Australia captain sustained chest and shoulder injuries driving alone to his home in Coogee after playing golf.

"No-one was injured. I was more worried about the car than myself," Benaud said of his vintage 1963 Sunbeam Alpine.

Benaud has commentated since ending his playing days in 1964 and is due to work on the Ashes, starting on 21 November.

Channel Nine Entertainment chief executive officer David Gyngell said: "Richie is a national treasure. In the Nine family, he sits at the head of the table.

"As always, he and (wife) Daphne have our support and Richie will return to call the coming Ashes series against England - his 36th summer in Nine's Wide World of Sports commentary box - when he is good and ready."

A statement on Channel Nine's Facebook page said Benaud's vehicle mounted a verge before crashing into the wall. Police attended the incident but no charges were laid.

"Richie's remarkable," his wife Daphne was quoted as saying. "At first I was quite concerned but today he's looking unbelievably well."