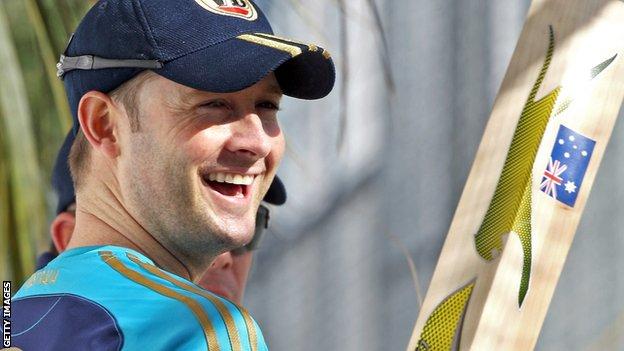 Australia captain Michael Clarke will make his comeback from injury for New South Wales in their Sheffield Shield match against Tasmania on Wednesday.

His return is earlier than expected and is a significant boost for Australia ahead of the first Ashes Test against England on 21 November.

The batsman, 32, has a recurring back problem and was left out of the current one-day tour of India.

The New South Wales boss added: "We weren't really sure when he was going to come back and we were waiting on Cricket Australia and Michael to let us know."

Clarke, who averages a shade over 52 in 97 Test appearances for Australia, has had to manage a degenerative disc condition since he was a teenager.

England flew out to Australia on Wednesday to defend the Ashes urn they won for a third successive time when beating the tourists 3-0 this summer.