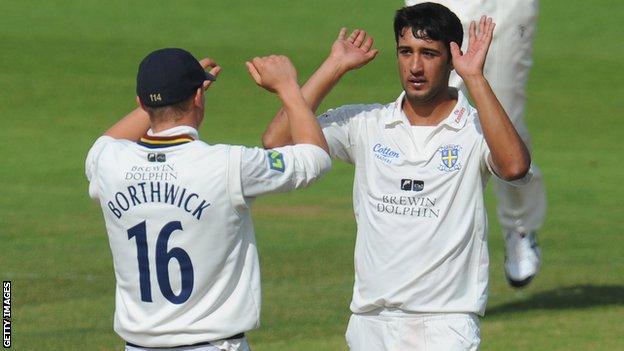 Durham all-rounder Usman Arshad has signed a two-year contract with the club after an impressive start to his first-class career.

The 20-year-old took 16 wickets in five Championship matches towards the end of the season to help Durham win their third title in six years.

He also showed his batting potential with an innings of 83 off 88 balls in a losing cause against Sussex at Hove.

Born in Bradford, Arshad is a former captain of Durham's second XI.