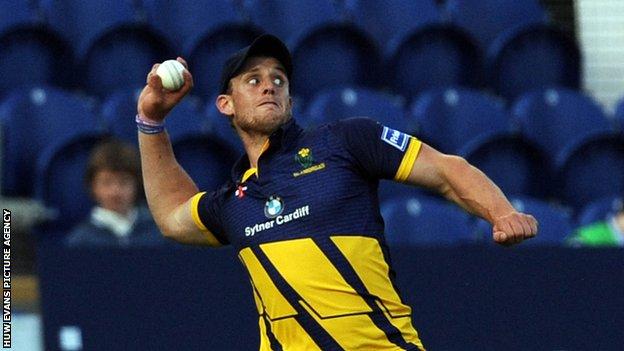 They follow Mark Wallace and Dean Cosker, while Toby Radford was appointed as the new head coach.

Hugh Morris, the incoming director of cricket, said he is keen to develop Welsh talent.

"I believe the key for our sustained success is to develop our own talent such as players like these," he said.

"I was very lucky to play in a Glamorgan side the spine of which was Welsh, and this is something which I will be focusing on developing with our new head coach [Toby Radford] and the rest of the coaching staff.

"It's good to see promising young talent from both north and south Wales extending their playing careers with Glamorgan and continuing to fly the flag for Wales."

As yet there is no contract for former England fast bowler Simon Jones, although he may still be in line for one according to the club.