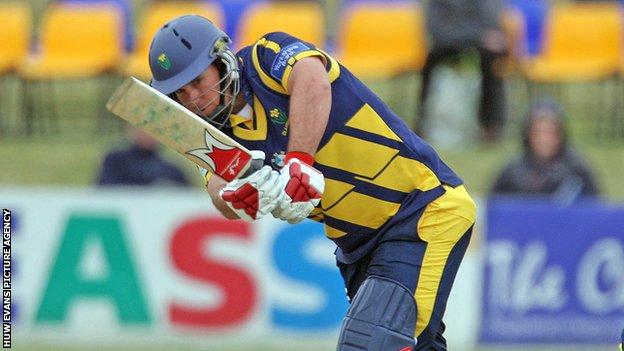 Glamorgan all-rounder Jim Allenby will line up against England in the first match of the Ashes tour on Thursday.

The 31-year-old has been selected for a Western Australia Chairman's XI to take on the tourists over three days in Perth, where he is based during the British winter.

Allenby, who is dual-qualified for England and Australia, played for the state at under-19 level.

England captain Alastair Cook could miss match because of a sore back.

Cook, 28, sat out a practice game on Tuesday to receive treatment. but is expected to be fit for the first Ashes Test, which begins on 21 November in Brisbane.

The match in Perth clashes with Western Australia's opening Sheffield Shield game against Victoria starting in Melbourne on Wednesday.