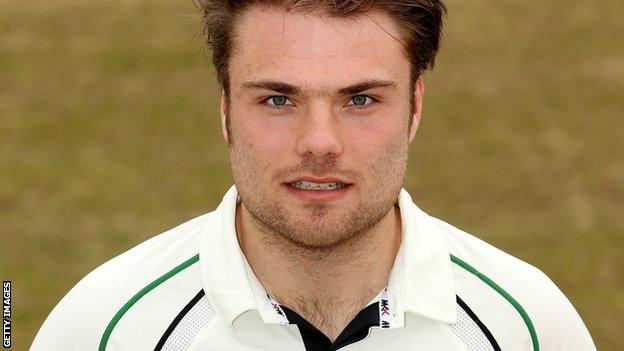 Leach, 23, has agreed a one-year deal after averaging 37 with the bat in six Championship appearances last summer.

Paceman Morris will remain at New Road until the end of 2015, but the first year of his deal is only for the summer after he finishes university at Oxford.

The 21-year-old did not appear in the 2013 Championship, but played in the Royals' final five YB40 matches, taking six wickets at an average of 35.

Last summer, all-rounder Leach enjoyed something of a breakthrough campaign as a batsman by