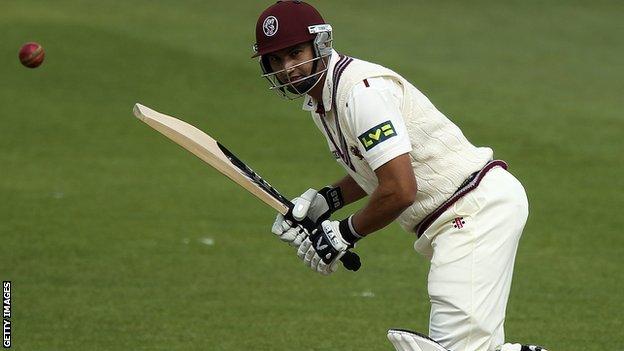 South Africa batsman Alviro Petersen will return to Somerset as their overseas player for the 2014 season.

The 32-year-old spent last term with the county, scoring 562 Championship runs at an average of 46.83, including a century on his debut against Surrey.

"He is a quality player and person, and we look forward to his contributions both on and off the field."

Petersen, who has played 26 Tests, was twice called up for international duty during his first spell in Taunton, but without any commitments next year, he is expected to be available for the entire summer.

"This coming season is an important season for us and as usual we canvassed and researched player options and balances thoroughly and always in the best interests of the team," added Nosworthy.

"Ultimately Alviro remained our stand-out option and its great news that we'll have a familiar face once again gracing our beloved County Ground and surrounds."