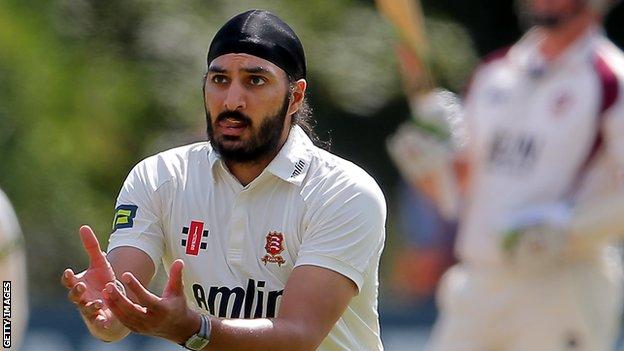 The 31-year-old, currently in Australia with England, took 14 County Championship wickets in six matches while on loan at Essex this summer.

Panesar left Sussex for the Division Two side after an internal club investigation for being fined by police for urinating on nightclub bouncers.

"I loved playing for Essex last season," he said.

"I will always remember how the supporters and members gave me a heart-warming round of applause when I first came on to bowl at Colchester last August.

"It helped me to feel respected and loved as a cricketer after experiencing a challenging time in my life."

Essex head coach Paul Grayson had been who has not featured in England's opening warm-up match against Western Australia.

But the former Northamptonshire bowler has committed to the Chelmsford club, despite reported interest from other sides.

"I want to help the club build towards the kind of success they enjoyed in its glory days under legendary captains Keith Fletcher and Graham Gooch," said Panesar.

"I love the family feel of the club and value the role Essex has played in helping me move towards my best, and gain selection for this winter's Ashes series."