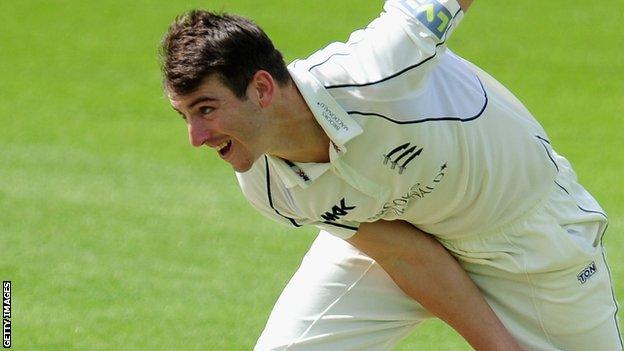 Middlesex bowler Toby Roland-Jones has had keyhole surgery on a knee injury.

The 25-year-old seamer has suffered long-standing pain in his right knee and underwent an operation by a Swedish surgeon on Wednesday afternoon.

The England Lions bowler should be fit to start training in a week's time and he is expected to be fully fit to bowl in around six to eight weeks.

Roland-Jones signed a five-year deal with Middlesex in September last year after taking 61 County Championship wickets at an average of 19.13 in 2012.

This year he played eight four-day matches, taking 21 wickets at an average of 33.04.

He also took 18 wickets in 10 YB40 appearances and picked up three wickets in as many matches in the FLt20 tournament.