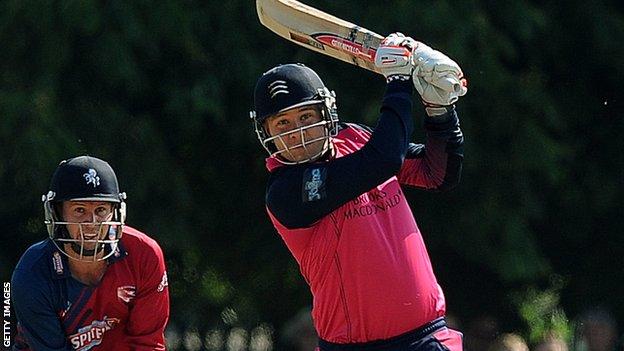 Middlesex wicketkeeper-batsman Adam Rossington has signed a new two-year contract with the club.

The 20-year-old Edgware-born academy graduate impressed in one-day competition in 2013 and scored over 1,000 runs for the second XI.

In total, he has played 32 times for the county's first-team.

"Adam is potentially one of the most exciting young cricketers in the country," Middlesex managing director of cricket Angus Fraser said.

"He has an excellent cricket brain and enjoys being in the thick of a battle.

"As well as being able to compete, Adam has the talent to put his plans into action.

"Like a lot of young cricketers there are areas of his game he needs to work on, and these have been identified to him."

Rossington posted on Twitter: "Delighted to have signed a new contract. Looking forward to the next two years."